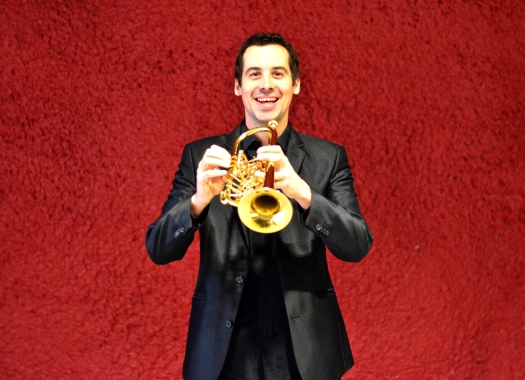 Born in 1987, Thomas studied music at the Conservatory of Music of Reims (France), and continued at the Conservatoire National Supérieur de Musique de Paris from 2006 to 2010. Nowadays, Thomas is a member of the Helsinki Philharmonic Orchestra as tutti player since 2011, as Co-soloist since 2015. Before he was principal cornet at Musique de l’Air de Paris (Army Band).

Thomas has been invited to play with l’Orchestre de Paris, l’Orchestre de l’Opéra de Paris, and l’Orchestre National de Radio France among many other French orchestras, and since he moved to Finland he has played with the Finnish Radio Symphony Orchestra and the National Opera of Finland.

Otherwise, Thomas enjoys playing with Big Band, Brass Band and Brass quintet and during summer time, he performs concerts with an original ensemble composed by a strings trio and a trumpet!