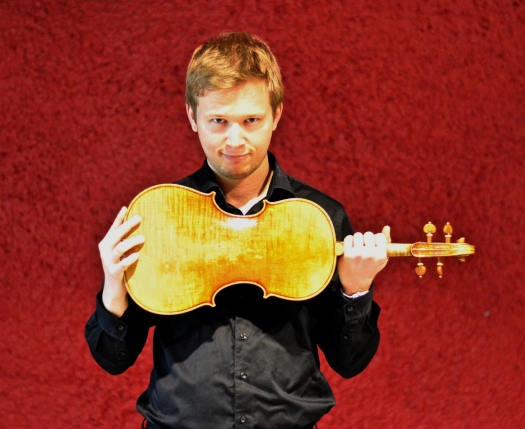 Jakob Dingstad is a Norwegian viola player based in Helsinki, Finland. Since 2017, he holds the position as Principal Viola in The Finnish Radio Symphony Orchestra. After years of study at the Barratt Due Institute of Music and the Norwegian Academy of Music in Oslo, Jakob holds a Bachelor’s and Master’s degree with Prof. Lars Anders Tomter.

Already at a young age, he has gained broad orchestral experience in several Nordic orchestras, and is also a sought-after chamber musician. He is a founding member of tongue-in-cheek named Quartetto Testosterone, with performances ranging from American minimalist music in a men’s restroom to presenting Norwegian music in New York’s Carnegie Hall. His second string quartet, the Ratatosk Quartet, performed 10 major string quartets in one week at the 2015 Grieg in Bergen festival, received a “Special Mention” at the Janáček Competion in Brno, Czech Republic, and was later that year invited to participate in the Carl Nielsen Competition in Copenhagen, Denmark. Both quartets have taken part in European Chamber Music Academy sessions around Europe.